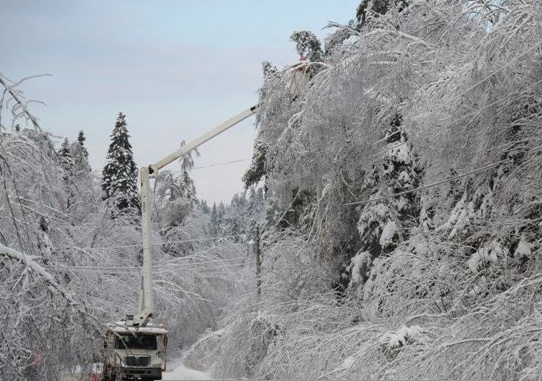 Power crews have been working around the clock since an ice storm impacted New Brunswick almost a week ago.

The hardest hit areas have been St. Stephen and Rothesay  – both experienced almost two straight days of freezing rain and ice pellets.

As of late Sunday morning, some 10,000 power customers in the province were still in the dark and the Red Cross still has so-called warming centres open in schools and community halls to help residents.

Some believe the extended outages could have been prevented if trees had been properly trimmed around power lines but crews say that work often comes with local resistance.