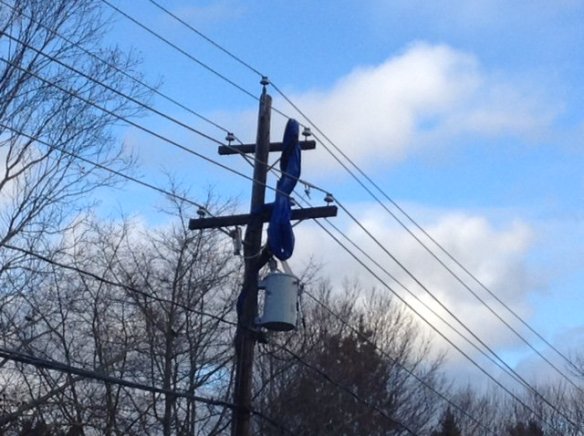 Strong winds with gusts of more than 100 km/h in parts of New Brunswick knocked out power to more than 20,000 customers at the peak of the storm.

The so-called “weather bomb” resulted after two low pressure systems – one from the west and the other from the south – merged over the Maritimes.

Nova Scotia got pounding rain, wind and rough surf while New Brunswick and Prince Edward Island had a combination of snow, rain and gusty winds.

Greater Moncton received about 5 cm snow and 10 mm of rain along with wind gusts up to 89 km/h bringing down tree many branches.