A hot July also translated into a hot August in what has to be one of the warmest summers in Southeast New Brunswick since 1940.

In Greater Moncton, the thermometer climbed to 30°C or higher on 6 days during August and never dropped below 18°C during 9 overnights.

Fans, air conditioners and other cooling units sold out at stores across the region and many weren’t able to reorder more.

Although it seemed rather dry, rainfall was actually slightly above average thanks to a single rain event which delivered nearly 60 mm which is 60 percent of the monthly total. 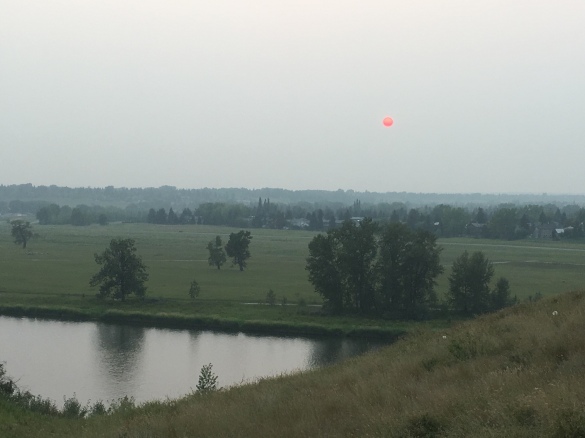 British Columbia is more than 4,000 kilometres away from New Brunswick but that hasn’t stopped forest fire smoke from making its way across Canada.

On Friday afternoon, Environment Canada issued a special air quality statement: A plume of smoke from fires in Western Canada is moving at high altitude across the Maritimes today causing hazy skies and a reddish sun.

This smoke is not expected to reach the surface or affect air quality in our region and the plume will move off to the east tonight.

The British Columbia Wildfire Service says more than 600 fires are burning in the province with many regions still under air quality advisories.

Smoke from forest fires in British Columbia is streaming into Alberta resulting in poor air quality and reduced visibility.

Environment Canada says smoke conditions can change quickly during wildfires but air quality will be poor for the rest of the week.

Small children, seniors and anyone with chronic conditions are especially at risk.

British Columbia has declared a state of emergency with over 560 out-of-control wildfires forcing 3,000 residents from their homes and another 20,000 are under evacuation alert. 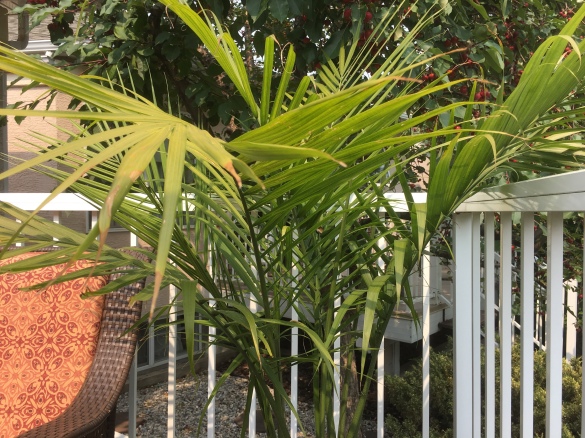 Calgary hit an all-time record high on Friday when the thermometer climbed to 36.5°C which eclipsed the previous record of 36.1°C set 85 years ago.

Besides the heat, smoke from forest fires have caused poor air quality throughout Western Canada.

A cold front lowered temperatures in Alberta to near seasonal values for the weekend but the heat lingered in the eastern Prairies.

The warning was in place for about 30 minutes and covered Victoria County including Grand Falls and Plaster Rock.

Meteorologists said a storm cell showed signs of rotation on radar which was capable of producing a tornado.

However, there were no reports of twisters actually touching the ground.

A warm air mass from north Africa has caused temperatures to skyrocket into the 40s C throughout the Iberian Peninsula challenging all-time heat records in Europe.

Lisbon, Portugal set a new maximum for 04 August at 44°C and even overnight lows are barely falling below 30°C.

Hundreds of firefighters are battling wildfires in the Algarve region and in neighbouring Spain.

The water in some rivers has become so overheated that fish are dying on a mass scale.

Forecasters say the heat is moving east and will affect France and Germany over the next few days.

July was a warm month not only in Greater Moncton and New Brunswick but also throughout most of Canada – except for the Far North.

Montreal shattered its monthly record with a mean temperature of 24.1 C – three degrees above normal – and sadly dozens died from not having air conditioning.

Halifax and Toronto were both almost two degrees above normal while Vancouver and Calgary were each more than one degree higher than average.

Even normally cool St. John’s, Newfoundland was 1.6 degrees warmer in July with 15 days reaching daytime highs of 25 C or more.

Only in the Arctic were temperatures lower with Iqaluit, Nunavut nearly one degree below average and Resolute was off by 2.5 degrees – its coldest July since 1964.