May 2019 proved to be the coldest May since 1974 in the Maritimes with temperatures about two or three degrees below normal.

The month started out with some warmth in Greater Moncton but it turned colder near the middle with snow recorded as late as the 21st before a slight recovery at the end.

Overnight lows were cold with six nights either at or below freezing and most minimums were in the low single digits.

Only three days reached or exceeded 20°C and the thermometer came nowhere near 30°C at any time of the month.

After a cold and wet spring in New Brunswick, what will summer be like?

The Weather Network has unveiled its summer 2019 forecast and if you were hoping for warmer temperatures, it appears you may have to wait a little longer.

TWN suggests the season will be changeable and humid with cool weather in June but warmer than normal temperatures arriving in July stretching into August.

Extended periods of dry weather could lead to short term drought in parts of the Maritimes but overall precipitation will likely be near normal.

What about the spring 2019 forecast from The Weather Network?

TWN noted a cold wave in early March would be followed by a warmer pattern later in the month with more consistent spring-like weather by early April.

Both temperatures and precipitation were expected to be near normal.

So was the seasonal forecast accurate?

While early March was cold in Greater Moncton with a bitter low of -20.1 C, a warmer pattern never really developed except for a brief shot of warmth at month end.

April had some warmth in the middle but that fizzled near the end and while May started off strong, a cold pattern held steady for the second half of the month.

Precipitation was below seasonal in March, well above average in April and slightly above normal for May. 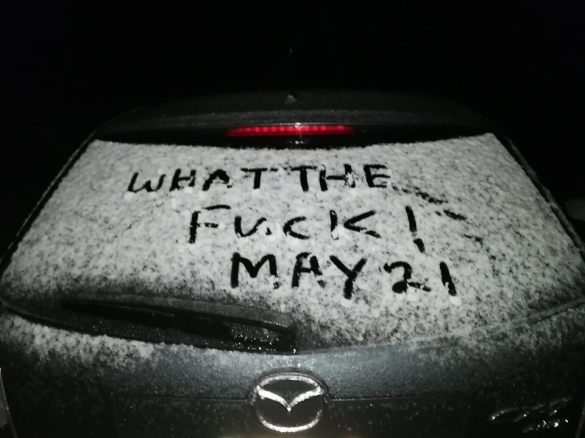 About 0.6 cm of wet snow was recorded at the Greater Moncton Airport and even higher accumulations around the region.

In recent history, I can’t recall a snowfall this late in the month of May.

With meteorological summer arriving in 10 days and astronomical summer in barely a month, I’ve concluded that 2019 is the “Year Without Spring”.

The cold, damp weather has impacted farmers who are at least two weeks behind in planting crops due to saturated fields.

Sidewalk patios are eerily empty and winter parkas are still being worn by many.

A frost advisory has been posted for tonight and another one will likely be posted in two days as temperatures drop to near freezing again overnight.

Will the weather improve anytime soon?

A high of 20°C is forecast for Saturday but keep in mind we often hit 30°C before the beginning of June.

The Victoria Day long weekend marks the unofficial start of the summer season in Canada when opening up the cottage or camping are on the agenda.

However, many residents are still wearing heavy, winter jackets and gloves as daytime highs struggle to reach 10°C in Southeast New Brunswick.

The normal maximum in Greater Moncton is about 18°C but the long range forecast shows it won’t be that warm for another six days!

Environment Canada has issued a frost advisory for all of New Brunswick and most of mainland Nova Scotia as the overnight low drops to near freezing.

On the upside, the advisory means the growing season is now officially underway but on the downside, it’s not warm enough to plant anything.

Sprinter is a portmanteau of spring and winter which aptly describes the recent weather in Southeast New Brunswick.

Snow mixed in with rain last night and 0.6 cm was recorded at the airport.

Today’s daytime high was 5.3°C and the forecast shows little change for tomorrow.

The Victoria Day long weekend is expected to bring some sunshine but temperatures will remain below seasonable. 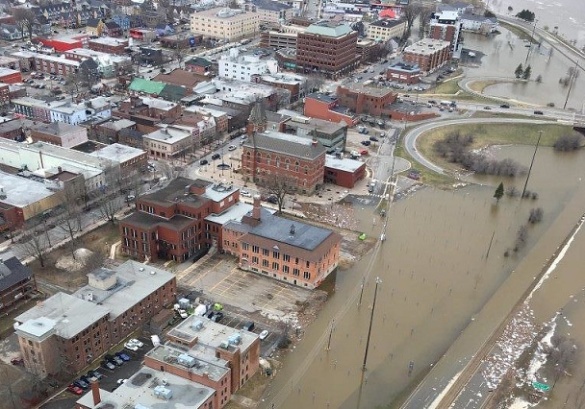 The New Brunswick Emergency Measures Organization says water levels continue to recede and are now below flood stage along most of the St. John River system.

Several roads remain closed and drivers are told to respect any barricades.

The provincial government has launched a disaster assistance program to help residents, businesses and municipalities deal with property damage from flooding.

Health officials are warning about harvesting wild, edible plants like fiddleheads near flooded waterways which may have been exposed to contaminants.

It took a little bit longer this spring compared to the last several years but Greater Moncton has finally reached 20°C.

The daytime high Sunday was 19.7°C which is about as close as you can get and while it was a cooler Monday, the temperature climbed to 21.1°C Tuesday.

Environment Canada is forecasting cooler, slightly below temperatures for the remainder of the week.

Another few nights below freezing coming up for most in the Atlantic provinces this week. When comparing to the normal date of the last frost, can’t complain yet! #NSwx #NLwx #NBwx pic.twitter.com/anMwvsRffu

May is here which means it won’t be long before Jack Frost visits Atlantic Canada for the last time this spring.

Mid to late May is typically when the last frost arrives in Greater Moncton, early in the month for Halifax and late April for Yarmouth.

Early to mid June dates are normal for most of Newfoundland and Labrador.