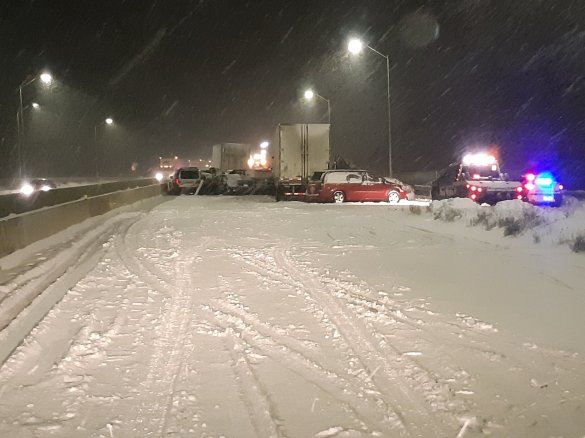 A low pressure system delivered an icy mix of precipitation to Southern Ontario on Sunday with freezing rain and ice pellets turning highways and walkways into ice rinks.

Ontario Provincial Police say heavy snow shut down a section of Highway 401 near Kingston after a 30 to 40 vehicle pileup with more than a dozen injured and one fatality.

At least 500 road crashes were reported in the Greater Toronto Area and numerous flights were either cancelled or delayed at Pearson Airport.

Several towns and cities were forced to cancel their Santa Claus Parades due to the extreme weather.