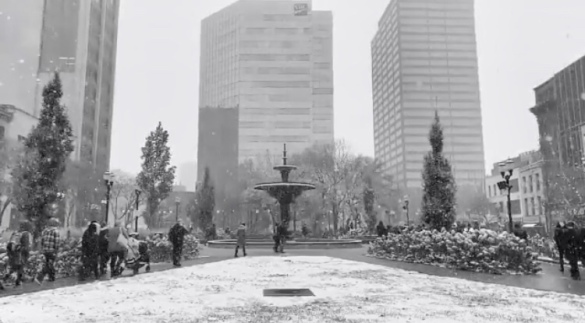 An early winter storm tracked south of the Great Lakes on Monday and brought snow to Southern Ontario and Southern Quebec.

Arctic air has filtered in behind the storm prompting the city to issue an extreme cold weather alert with a possible overnight low of -15°C.