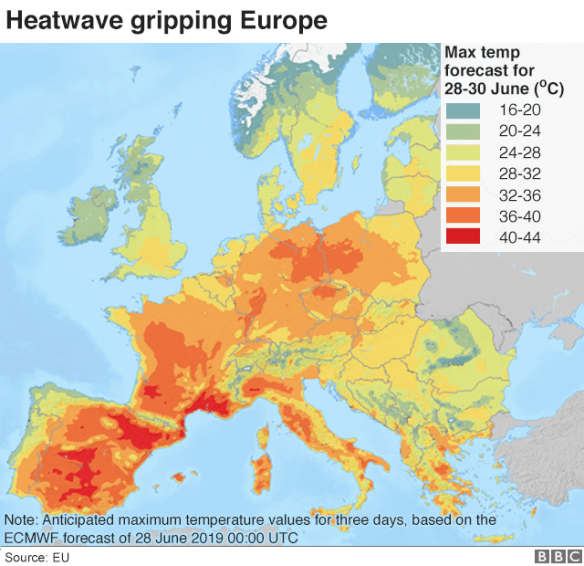 France recorded its highest temperature ever on Friday near the southern city of Montpellier at 45.9°C.

The hottest day of the year in the United Kingdom was Saturday when London Heathrow reached 34°C.

Meteorologists say hot air from the Sahara Desert is responsible for the extreme heat which has claimed several lives, shut down schools and led to water restrictions.

Germany, Poland and the Czech Republic have all recorded their highest June temperatures ever.