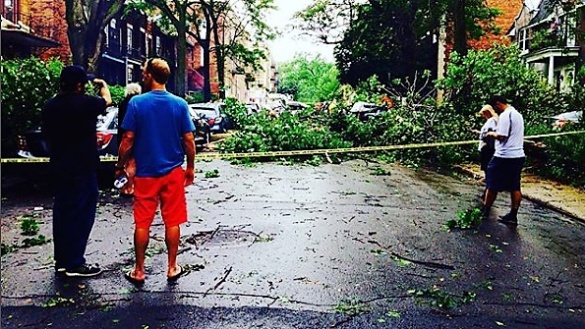 A sudden and powerful storm which meteorologists call a microburst created a path of damage in Montreal which included the Notre-Dame-de-Grace borough.

Strong, gusty linear winds up to 120 km/h brought down trees and power lines leaving thousands without electricity on Tuesday.

Environment Canada has confirmed a tornado struck Lachute, northwest of Montreal, where winds reached up to 180 km/h.

No one was hurt but hundreds of homes were damaged and some residents have been displaced.