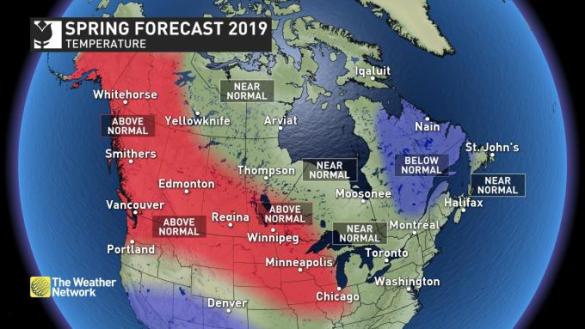 The Weather Network has unveiled its spring 2019 forecast covering March, April and May – so what can New Brunswick expect?

It’s been a long, cold and stormy winter which began in mid-November but TWN believes after another cold wave in early March, a warmer pattern will develop later in the month.

Both temperatures and precipitation are expected to be near normal for the season.

Carter adds flooding is a possibility given normal spring run-off combined with any rain or snow that falls.

But he thinks it won’t be as stormy this spring compared to past years.